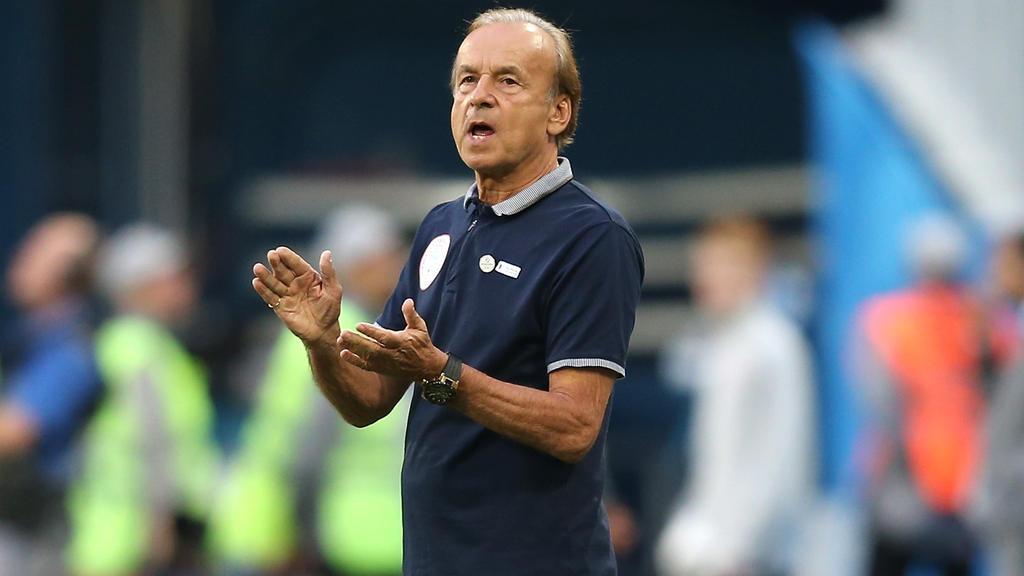 NFF Versus Rohr: The Politics And The Reality

You know the American comedian and writer, Groucho Max, must’ve dreamt about Nigeria and the NFF in 2020 when he said: “Politics is the art of looking for trouble, finding it everywhere, diagnosing it incorrectly and applying the wrong remedies”.

The Gernot Rohr and NFF long war to the contractual muddy waters dates back to the aftermath of the 2019 AFCON in Egypt. The football body was called upon by some Nigerian football faithful immediately after the AFCON in Egypt to relieve the German manager of his duties.

The NFF through its supremo, Amaju Pinnick, made a statement that Gernot Rohr would not be sacked, but instead be sent on a refresher course to Germany to bolster his knowledge in managing. How the ‘refresher course’ has suddenly vanished, and we’re here flogging the renewal of Rohr’s contract is surprising.

It’s known that football is run side by side with politics, but at that, it will be more dangerous to adopt what is called “politicizing of Nigerian football” (that’s if it hasn’t been adopted anyway) by the administrators who handle the entity.

Nigeria apparently, is a Nation that has had a blissful relationship with foreign football managers. From 1949 till date, Nigeria has had 16 foreign managers that have managed the National Team and some of them directly or indirectly, have contributed to the greatness of Nigerian football.

The local managers also, have held their heads high as far as managing the National Team is concerned but can it be likened to that of the foreign managers? Maybe, maybe not.

When Gernot Rohr landed the Eagles job in 2016, some terms and conditions were given to him to achieve which were: to qualify Nigeria for the World Cup, Nigeria had missed out on two AFCON tournaments before he came, he was asked to make sure Nigeria qualifies as well.

He qualified the Super Eagles for the World Cup but couldn’t go beyond the first round, at AFCON, he was mandated to take Nigeria at least to the semifinals. Again, he took the country to the semifinal and eventually emerged as the third best-placed team at the expense of Tunisia.

Technically, this is not bad for a manager on his first contract. To renew his contract has become what has been argued all across the country and the NFF are being asked to be realistic.

Going by the quote from Max, the body language of the current NFF board as per this contract is concerned, is all about using their politics to look for trouble. The trouble which might cost the nation a great deal football-wise.

What the NFF have tagged as “terms and conditions” looks like telling Rohr indirectly, that they are tired of Rohr’s services. Nobody says that the NFF shouldn’t have a quota in the contract of the manager, but that quota must be a reasonable one.

The kinds of clauses included in the new contract are more of diagnosing their politics. Scouting for players in the NPFL alone, getting salaries in Naira (this is a good idea anyway, but something must be done to the payment of the players as well), living in Nigeria and making use of home-based players.

All of the mentioned clauses are not enough for a federation with a vision to better the football of a nation to hold a manager to ransom. Better conditions should’ve come from the NFF.

Also, the appointment of Joseph Yobo as one of his assistants by the federation has exacerbated the probable resignation of Rohr. And with the romance of some players from the 1994 Super Eagles team with Yobo and Amaju, conspiracy is lurking in the dark.

The way the treacherous battle over the contract is been fought, Gernot Rohr might be fed up eventually and walk away from the job. And with recent happenings, should Gernot Rohr leaves, Joseph Yobo looks like the Aaron that will take over from Moses (Gernot Rohr)

Many have talked about the experience of Yobo as the assistant manager but have failed to take to contain the kind of respect Yobo would command in the current Super Eagles team.

“I’ve been a fan of the team before I became an assistant coach, so I’ve seen from a fanatical point of view how people feel when they are watching the team. We as players, while playing, don’t notice these things but after my retirement, I’ve been a pundit, I’ve given my opinion about what should be done in the team.”

Apparently, he’s coming into the job, thinking that it would be the same with punditry. This doesn’t count. There’s the position of a pundit and that of an assistant manager. As it stands, the NFF is sitting on a keg of gunpowder with its plans for Rohr.