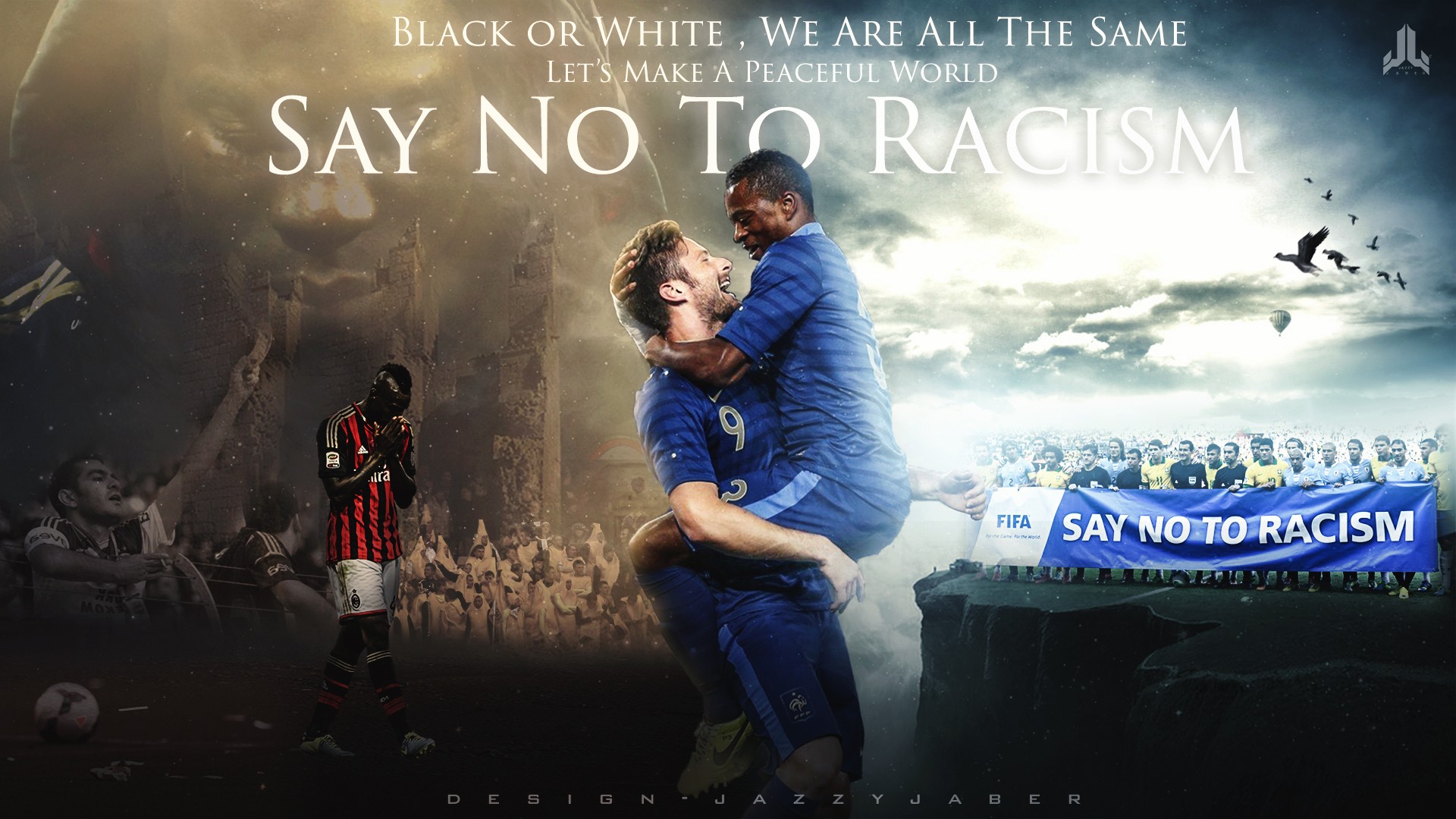 The round leather game is one beautiful game of the sport that is widely accepted and followed all over the world by many nations of diverse races and continents; as a result, the biggest sport in the world.

Football has enjoyed tremendous love from all the continents of the planet with more than 500 football Leagues all over the world. However, the round leather game has witnessed many series of controversies and atrocious happenings over the years.

One of them is the issue of Racism which has grown gradually to become a Frankenstein and some set of people have at one time or the other been racially abused in Europe.

Racism started as early as the 1970s and 1980s as many professional black players faced massive racist chants from large sections of the crowd and banana skins were thrown onto the pitch.

But after many decades, racism is still a fly in the ointment for football lovers and authorities. Many racist cases marred football in the year 2019 with most of them coming from one European country to another and on social media.

The year 2019 alone witnessed 33 incidents of racial abuse across Europe made the news and sadly, most of them were handled with levity. One of the incidents which were handled ideally has to be the Bulgarian National team that was asked to play two matches behind closed doors and fined £65,000 for racially abusing England players in a EURO 2020 qualifier match on October 14.

The Bulgarian Prime Minister further sacked every member of the Bulgarian Football Association after the manager of the team and the chairman of the FA Association had earlier resigned to ensure that racism does not raise it’s ugly head again in Bulgaria.

The same cannot be said in Italy as 6 incidents of racist abuse were recorded (perhaps it might be more than 6 – Some didn’t make the headlines). Italy has increasingly grown to become a center of racial abuse and one saddening thing is how silent the handlers of the Italian Serie A have been with their “fight” against racism.

So far this season, racism has been a problem all season in Italy with offensive chants aimed at Romelu Lukaku, Franck Kessie, Dalbert Henrique, Miralem Pjanic, Ronaldo Vieira and Kalidou Koulibaly as well as Balotelli. All of the players targeted — except for Pjanic, who is Bosnian — are black, and many of the incidents have gone unpunished.

Mario Balotelli has been among the players targeted by racist abuse in a number of incidents that have blighted Serie A matches this season.

Meanwhile, Serie A says it intends to deliver “a comprehensive and robust” anti-racism policy with new, stricter laws and regulations:

“No individual should ever be subjected to racist abuse – inside or outside of football – and we can no longer stay silent on this issue or wait for it to magically disappear.

“We don’t have any more time to waste.

“We must now act with speed, with purpose and with unity and we call on you, the fans, to support us in this vitally important endeavour.”

The game of football has no doubt endured tepid times as per racism and the time for a positive change is now or never; hence the need for some moves to be taken towards making racism a thing of the past in football. How do we do that?

Banning For a Year

In as much as the three-step procedure is instilled into the anti-racial campaign, banning teams found culpable of racism sounds juicy.

If this had been thought about by football authorities, the menace called racism would’ve reduced in football to some level or gone down totally.

Once it becomes clear to every being at match venues that racial abuse is/has been dished out of the stands at a player or anyone, officials too must be aware.

Sadly, FIFA, as constituted, hasn’t covered itself in glory with the way it has dealt with racism issues, an emphatic action is needed from the football governing body if it’s truly serious with fighting this human ritual practice.

This is not the time to be gentle with these national football federations. Italy has become the main center of racism recently and FIFA President (Gianni Infantino) needs to take his eyes off his affiliation with Italy and do the needful.

I feel despair at each new case of racism, as the tide of hate far and wide becomes stronger, frail to do anything besides continuous preaching and campaigning against racism with the expectation that football authorities will make a genuine move to handle it.

The beautiful game is a part of a huge number of things that make up what our society looks, so it needs to show greater obligation and actions towards making the wisest decision. It may not be in the hands of football to roll out the fight against racism and discrimination all over the world, however, football can absolutely influence the fight against racism.

Fifa needs to prove that its stance on racism and discrimination is something other than a gimmick. How long are we going to keep chanting “SAY NO TO RACISM” while allowing the menace to spread like a wildfire before we really plan something to change what’s going on?

Football should be enjoyed the way it is. Nobody wants to talk about any other misdeeds happening to the game any longer.