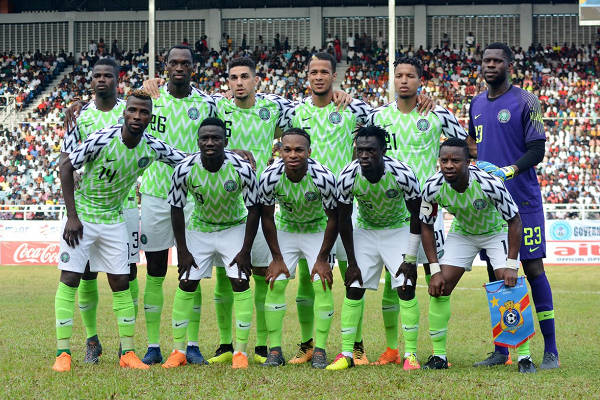 After missing out on the past two African Cup Of Nation (AFCON), the Nigerian team was ruled out of qualification for the 2018 FIFA World Cup by fans, neutrals and pundits alike after being drawn in a tough group which had Algeria, Cameroon, and Zambia.

Fast forward to November 2017, the Super Eagles qualified for the FIFA World Cup starting in Russia on June 14 with a game to spare thus becoming the first African team to qualify despite having 3-points deducted from their 1-1 draw in Algeria for fielding an ineligible player.

Behind the incredible turnaround and breathtaking performances which saw the Eagles beat Algeria 3-1, Cameroon 4-0 and defeat of Zambia home and away in the qualifying round is the Franco-German coach. Gernot Rhor who have built a solid team with a mixture of youthful talents and experienced veterans to turn the team around, looking more like they board a cheap flights to Russia.

An elegant display of swift counter-attacking football in the 4-2 comeback win over Argentina last November in a friendly played in Russia further raised the expectation of local fans and announced the ability of the team to the neutrals as a team to reckon with.

However, a recent string of unimpressive results in their world cup warm up matches has shown that a lot has to be done if the team is to progress from Group D which also houses Argentina, Iceland, and Croatia.

After an unbeaten qualifying round and big wins recorded against Argentina (4-2) last November and Poland (1-0) in March, the team has gone four friendly games without a win, drawing once against DR Congo (1-1) losing to Czech (1-0), England (2-1) and Serbia (2-0) with their last win coming against Poland in March.

This undoubtedly has to be Tianjin Teda‘s, John Mikel Obi. The midfielder’s calming influence and strength in the middle of the park bring balance and some creativity to the team with his absence always proving to big to be filled which also affect the overall team performance. Although the skipper’s former Chelsea teammate, Victor Moses is one to reckon with as well.

The Arsenal forward has been in fine form in the Green-White-Green jersey, frequently deployed on the wings contrary to his original position in the midfield.  He has however shown to be comfortable irrespective of where he is deployed scoring 5 times in 19 appearances one of which was the winner against Zambia which confirmed Nigeria’s qualification to the world cup and at just 22 years of age he is certainly one for the future.

The former Man City striker is known for his goalscoring abilities, gifted with a good left foot, he has 8 goals in 18 appearances and if he continues with such scoring record, he might break Rashidi Yekini’s goals record for the country.

Chelsea‘s Victor Moses was magnificent in the Blue’s 2016/17 Premier League triumph, with a newfound role at wing-back infusing life once again into his football career.

His performance levels took a sizeable plunge last season, alongside whatever is left of his Chelsea mates, but he remains a key attacking power for Nigeria

The youthfulness of the squad and pace on the frontline is surely going to trouble opponents.

Apart from the inability to deal with set pieces and aerial balls, the unavailability of experienced hands between the goalpost may hinder the team’s chances of going far in the competition. Except for Elderson Echiéjilé, the defensive line features young and raw players. few have big-time experience.

Want to support your darling Super Eagles in Russia but you’re confused on which travel agency to trust? fret not. At Travelstart Nigeria all the best travel suppliers and specials can be found, compared and booked quickly and safely, using multiple payment methods. You can mix and match departing and return cheap flights on different airlines and book flexi-tickets.

Given that they confront seemingly the hardest World Cup group there is the mind-boggling plausibility of an early elimination, but it is conceivable that they can beat Croatia and Iceland to qualify for the round of 16. Much relies upon the first game against Croatia.