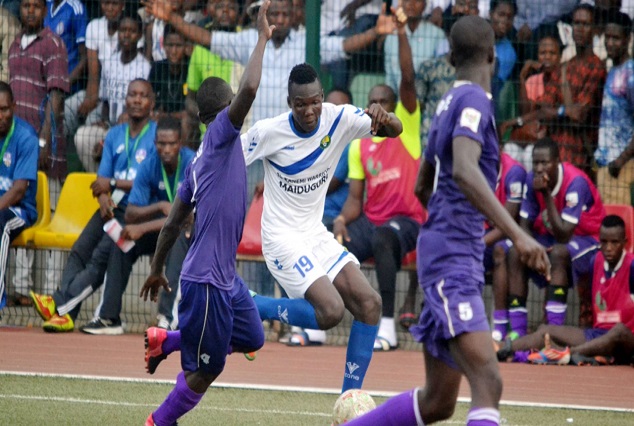 The League season brings a lot of excitements, fun, drama, spectacular goals and epic matchups between rivals. However, these are not the only things to look forward to as there are players who would step up their games and with 2018 being the World Cup year, many would display spectacular performances with hopes of gatecrashing the World Cup team.

With the new TV deal with NTA in place, It’s always exciting to see players rise and take the NPFL by storm, It happens every season and they apparently come out of nowhere to upset their opponents.

So who can possibly be a breakout star in the upcoming campaign? Here are players to look out for the 2017/18 NPFL season…

Newly recruited from Osun United by the defending champions, Tosin scored 15 goals last season to help Osun United reach the Aiteo cup quarter-finals although they failed to gain promotion into the NPFL.

He would have the chance to test his mettle against the country’s best legs in the top division as well as playing in the CAF Champions League as well.

His records last season ensured he got a place in the CHAN Eagles squad for the Super 6 held in Kano but he failed to make the final 23-man list for the African Nations Championship holding in Morocco later in January.

A product of the 2012 National Youth Sports Festival, Micheal Ohanu enjoyed a sterling 2017 with the Harmony boys.

With 22 goals, which include 3 hattricks were the digits he posted in the Nigeria National League last season to win the NNL player of the season award and also propel Kwara United back into the NPFL.

From “Boko Haram to the Super Eagles” is the title of the teenager’s inspirational story on the Nigeria Football Federation’s website.

Just 15 years Old, Nura becomes the youngest player ever to feature for the Super Eagles after he featured in the team at the Super 6 held in Kano.

His brilliance on the pitch of play with El Kanemi feeders team where he got a promotion to their main team got the League Management Company chairman, Sheu Dikko arguing with National team coaches to skip him from the u17 and u20 teams straight into the national team.

Sheu Dikko had insisted that the youth teams inactivity for the meantime would hamper the young lad’s development. Nura didn’t disappoint either, displaying eye-catching performances in Kano to earn a place in the final squad for the CHAN tourney. A case of if you are good enough you are old enough.

Another young talent in the NPFL. He is outrageously nicknamed the Christiano Ronaldo of Ibadan by the fans of 3SC whom he featured for last season and rightly so, the forward possesses pace, tricks, dribbling and finishing abilities.

He is also known to be versatile with his ability to play anywhere in the forward line and he proved this with ease as he played as a lone forward for 3SC for a better part of last season which was incidentally his first professional season.

His exploits didn’t go unnoticed by the national team handlers as he was handed a call-up into the CHAN Eagles team for the Super 6 and also making the 23-man list for the competition. It’s only a matter before he moves abroad after his trial with Nordsjealland last September fell through.

The midfielder formed a solid partnership with the duo of Stephen Odey and Sikiru Olatunbosun to a devastating effect leading MFM Fc to the 2nd spot in the league last season. His passing abilities and movement on and off the balls are strong sides of the pint-sized midfielder.

Although Odey has since moved to Switzerland with FC Zurich, it is left to be seen what Onuwa can do to motivate the young MFM Fc squad as they prepare to feature on the continent especially after failing to complete the move to bring in Remo stars duo of Oche Salefu and Victor Mbaoma.

Watch this space for more of players profile from the NPFL