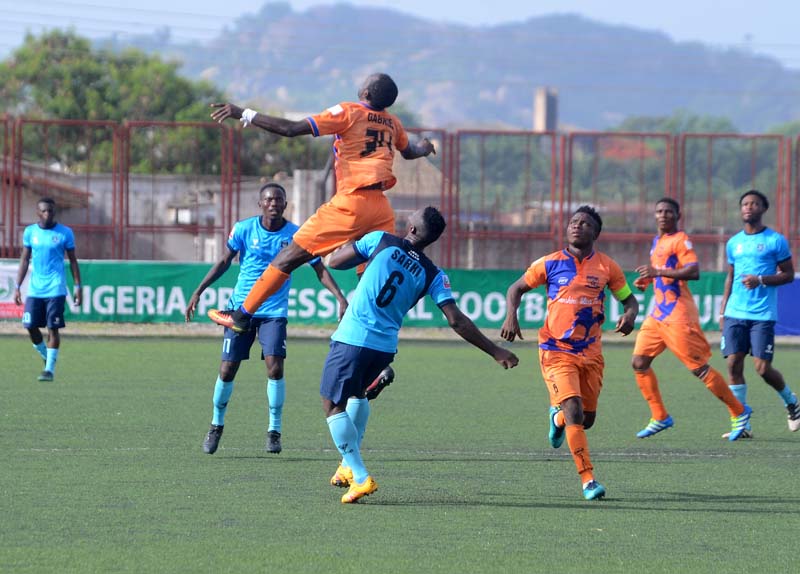 In the Nigerian Professional Football League, ironically things and teams are not runned professionally, logistics preparations, players salaries and welfare are difficult for clubsides to properly manage.

While this might be rampant with Government owned teams, privately owned clubsides do not fare any better in this category of things. Social media handles are rarely utilized to its fullest capacity with clubs social handles left empty, makes you wonder what else media officers of these clubs do.

As the regular season is over with clubs turning their attentions to the Aiteo Cup where the remaining CAF Confederations Cup Ticket lies we take a look at the few Nigerian clubsides who understand the importance of Branding in football and club management.

With regards to clubs plying their trades in the top flight of the Nigerian professional football league, Enyimba FC of Aba is heads above the rest. Not only in laurels are the Elephants massive but also in the use of social media, branding, Creation of awareness for matches and fans participation.

However, Enyimba in terms of jerseys are not really impressive with their Blue home kit and white alternative which sometimes can be yellow, also the clubside do not have shirt sponsors despite having 2 CAF Champions League trophy in their history.

Nevertheless, the Aba based team is the number one Nigerian clubside with the highest number of online followership across social media

I see someone wonder what club is this or where are they from. For many in the south West Nigeria or particularly in Lagos, GBAGADA FC is the next big thing in terms of proper branding and running of a professional football club.

However, despite being a semi-professional clubside plying their trade in the third division, Nigeria Nationwide League one, GBAGADA FC posses almost everything a professional football side should have but which most NPFL clubs lack.

From shirt sponsors, to proper branding, professional social media handling and graphics designs, the Lagos based team is a total package of good branding. The team also publish a monthly magazine about the team and also make available.

Football loving Lagosians can’t wait to see GBAGADA in the top flight and we understand why.

Remo stars is a model private Clubside for other privately owned clubsides, at least brand-wise even Ifeanyi Ubah doesn’t come close. Just as the clubside have a structure which stretches down to the U13 level, also does it have good branding and package.

Our youth side, (@remostarsfcyfd) joined & participated in the @AMAPROOfficial #AMAPRO19 yesterday at the Ilorin Township Stadium, they played out a 2-2 draw with Pro Leaguers & defeated Kings Sports FC 1-0 later in the evening.

The team has a shirt sponsor, partnerships with various other companies and also make a good use of other social media platforms.

Akwa United is the closest government owned clubside with the proper branding and packaging, apart from the magnificent Uyo stadium and elegant orange brand colour which they make their jerseys with, the Uyo based team has various other structure and marketing partnerships with companies in the country.

Today, @mfonudoh_10 will receive the @Eunisellfball Golden Boot Award for scoring 10 goals for @AkwaUnited_fc in the just concluded @LMCNPFL season. He will share the award with @Nasarawaunited striker @OfficialSanusi who also scored 10 goals.
Congratulations boys! pic.twitter.com/J31eQCSe6x

Some of them includes a shirt sponsorship, sponsorship deal with an airline company which took the team to away games last season, the team also make good use of its social media handles

4pm at the Okigwe Stadium.

A newly founded football academy playing in the Nationwide league one, the team has a good branding activities on the social media platforms

Rivers united in comparison with various other NPFL clubside are decent when we consider branding. The team has a shirt sponsorship with eunisell.