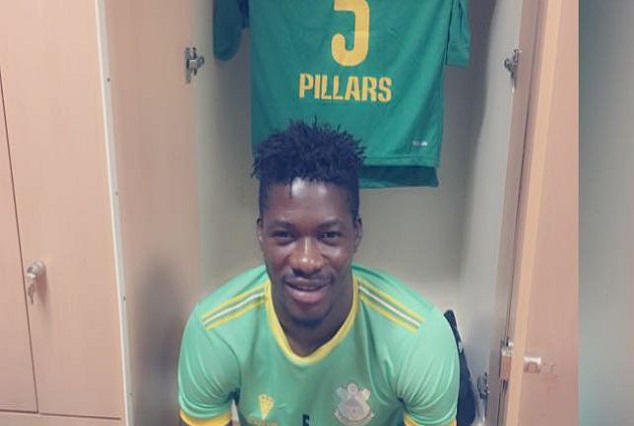 Alimi has played 33 NPFL games with the Sai Masu Gida last season and has to earn first team action this season under coach Kadiri Ikhana.

“I have completed my transfer to Akwa United from Kano Pillars,” Alimi divulged to Naijafootballplus.com on Tuesday.

The former Shooting Stars defender and 2016 CHAN star will be unveiled in Uyo on Thursday inside the Nest of Champions.

Alimi added; “I am a professional and I want to play regular games. I decided to leave Kano Pillars and move to a club that appreciates me more.

“I am honoured to have been part of the history of Kano Pillars and the opportunity was given to me to play in Kano.

“I don’t have an issue with coach Ikhana, I respect his decision. He gave me more tedious work and I am excited I delivered in those matches.

“I have always dreamt of playing at Akwa United and working under coach Abdu Maikaba. The relationship started when I worked with him last season in Spain for the NPFL All-Stars team.

“The structure in Uyo is amazing and the team have been impressive recently. I can’t wait for the second stanza, I am looking forward to working with my new teammates. Hopefully, it will be a success at end of the season.” 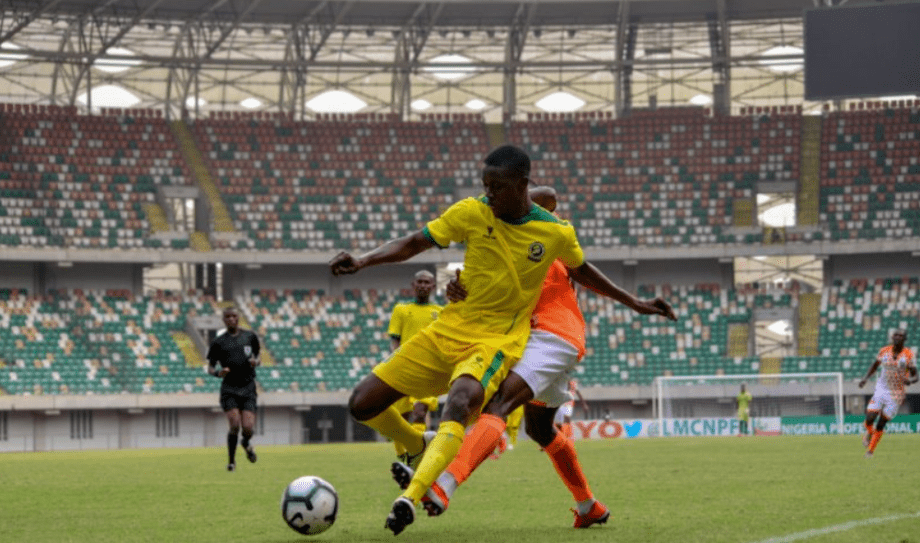 Who are the highest-paid NPFL players in 2021? The Nigerian League may not possess the financial pulling power of the South African Premier Division or the Egyptian Premier League but there are still some serious earners in NPFL.

The last transfer window in the NPFL was eventful as always; players moved from various clubs to the other with the popular transfers involving Ojo Olorunleke who moved from Sunshine Stars to Abia Warriors.

The duo of Ifeanyi Anaenema and Theophilus Afelokhai also crossed from Enyimba International to Rivers United.

Therefore, a number of the transfer dealings confirmed some of the players mentioned above as the highest earners in the league, at least for the 2020-2021 season.

Here are the Highest Earning Players In The NPFL

The erstwhile Kano Pillars and Enyimba shot-stopper is undoubtedly one of the best in the league and he’s also the highest-paid player in the NPFL currently, following his move from the People’s Elephant last August.

Afelokhai, who joined Rivers United for free revealed in an interview last year that his decision to dump Enyimba was not all about money.

“It is not only about money. I have good relationships with many people there. Like the commissioner (Boma Iyaye) is my boss. Eguma is also my coach from way back, as well as other coaches there.” Afelokhai told nigerianfootballer.com

For the records, the 32-year old was also the highest-earning player at Enyimba before he left last year, and with him in the sticks for Stanley Eguma’s side this season, he has recorded four clean sheets in seven appearances for the Pride of Rivers.

Here’s another former Enyimba stalwart, Ifeanyi Anaemena. The center back was acquired by Rivers United in August last year having spent six years at Enyimba where he won two NPFL titles, the last of which he lifted as a captain of the Aba Elephants.

According to the experienced defender, following the expiration of his contract at Enyimba, there was an apparent communication lacuna between himself and the club, an act that was unprofessional being the captain of the club.

“Before now, if Enyimba should be professional, I think they should have renewed my contract before now, and when my contract turned off, I was expecting them to talk to me, as the captain of the team and there was no concrete information from them.”

“So, I think some issues came around that they couldn’t meet up with the target that was set. I had an opportunity with Rivers United, which they had been inviting me before to come and play for them. Coach [Stanley] Eguma called me to come and play for them. I think this was the right time, I just had to move on, and I took up the opportunity.” He revealed to busybuddiesng.com.

He pockets a sum of eight hundred thousand naira monthly which makes him the third highest-earning player in the league this season alongside Kano Pillars’ captain, Rabiu Ali, and Akwa United’s duo of Mfon Udoh and Ndifreke Effiong.

The fight for supremacy between Enyimba and Rivers United has obviously gone beyond the pitch. We’ve seen the two clubs trade tackles on the continent this season, battling for a place in the group stages of the CAF Confederations Cup – which Enyimba eventually got.

Even in the aspect of which club pays more, there’s a nail-biting contest between the two giants. At Enyimba, the captain, Austin Oladapo, Tosin Omoyele as well as Cyril Olisema are the highest earners in the wake of the exit of Afelokhai and Anaemena.

And while Afelokhai and Anaemena have been instrumental for Rivers so far, the same can be said for the trio of Olisema, Omoyele, and Oladapo at Enyimba.

However, It remains to be seen which club will become the best paying club in the league as we could see a drastic change should another club spend heavily in the next transfer window.