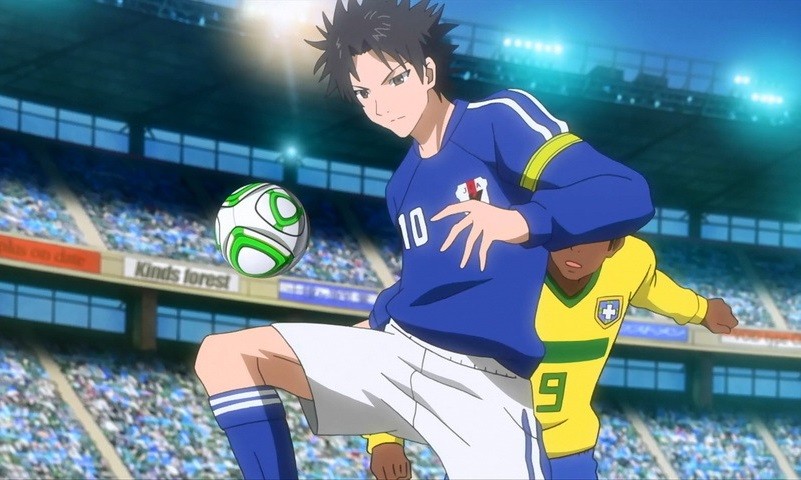 As teams round up the season with less than 5 round of matches left to be played, players and football officials alike would be glad the long and hectic season is over.

However, many football fans and faithful who have been mesmerized over the past months with top class football week in week out will be left to sulk as league matches across the major leagues in Europe will come to an end.

Despite the imminent break, there are loads of competitive football actions to enjoy between the month of May, when the season ends and August when the major leagues resume.

Therefore, we have decided to outline the best of international football action to watch out for this summer break, as the tournament’s coming up in the next few weeks that can serve as much entertainment and drama as the UEFA Champions League and the English Premier League has done.

The first tourney to kick off will be the FIFA U20 World Cup which will start from May 23rd till 15th of June in Poland, as the European country pay hosts to the next generation of world stars.

The FIFA U20 World Cup formerly known as the world youth championship will be in its 22nd edition with 24 teams from around the world, jostling for the trophy across 6 Polish cities.

Bielsko-Biala, Bydgoszcz, Gdynia, Lodz, Lublin and Tychy are the six cities to host the competition, and all six are a good destination for a football oriented vacation. With the schedule of the tournament falling between Spring and Summer season in the country, there is not a better time than now to travel to the European nation.

What’s more is the fact the 4 African countries namely Nigeria, South Africa, Senegal and Mali will be amongst the 24 vying for honours, hence there will be a sense of belonging for an African fan intending to attend the tournament.

However, for those who will unfortunately not be opportuned to travel, you can as well enjoy the actions from the comfort of your living room, workplace or anywhere by following all matches live on dedicated TV channels

While the “next big things” in world football are engaged in Poland, the established stars in European football will be battling for supremacy as four (4) countries will be aiming to be the first winners of the UEFA Nations League in Portugal.

Switzerland, Netherlands, Portugal and England are the four Group winners from League A of the Nations’ League played in 2018 who Will be facing off from the 5th to the 9th of June in two venues of Estadio Do Dragao in Porto and Estadio Do Alfonso Henriques in the city of Guimaraes.

Although it will be quite difficult and financially draining to shuttle between Poland and Portugal to see games, football fans at home can enjoy actions from both tournaments from the comfort of their living rooms with cableTV.

This is unarguably the biggest competition of the summer as the 32nd edition of Confederations of African Football (CAF)’s biggest and most prestigious competition will be held in Egypt.

Africa’s biggest and best talents across the continent will be present to represent their respective countries as they battle to become the champions of Africa.

From Egypt’s Mo’ Salah to Senegal’s Sadio Mane, Nigeria’s John Obi Mikel, Morocco’s Hakim Ziyech, to Ivory Coast’s Wilfred Zaha amongst many others the excitement will be unending.

Furthermore, with the number of participating teams increased from 16 to 24, there promises to no shortage of exciting matchups and actions, and surely, Egypt looks the best place to be this summer but if you can’t be in Egypt, you can catch it live on Tv.

Female football will not be left out in the rush of footballing actions this summer as the best of female football teams and players will be on display in France for the 2019 FIFA Women’s World Cup.

Twenty-four teams from across the world including, Nigeria, South Africa and Cameroon will be in the mix of things in the European country from the 7th of June and 7th of July.

This adds to the list potential destinations for a mix of football and summer vacation especially if Paris has been a dream destination, 8 other hosts cities include Lyon, Nice, Rennes, Montpellier, Le Havre, Valenciennes, Reims and Grenoble, you get to pick your choice.

The action is never ending, this time the stop is in South America, precisely Brazil where five cities of Salvador, Rio de Janeiro, São Paulo, Belo Horizonte and Porto Alegre will host 12 countries from two different continents in the 2019 Copa America.

Due to the time difference and level of competition found in CONCACAF, followership of the Gold cup in this part of the world is expected to be low, especially as it falls within a period when the CAF AFCON will be ongoing.