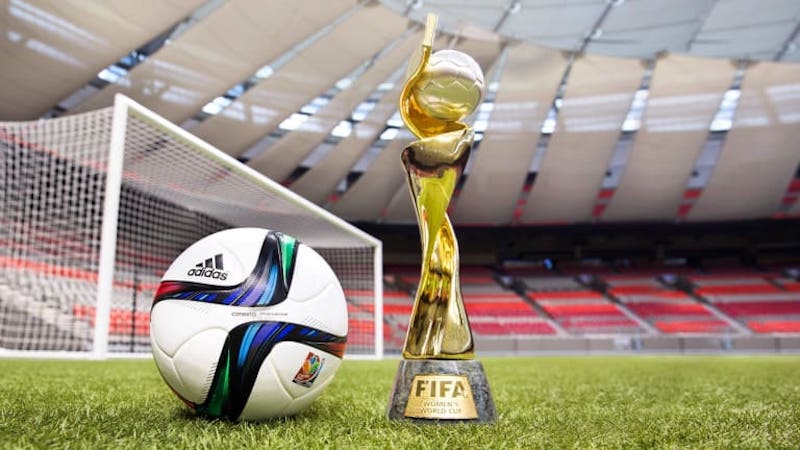 The FIFA Women’s World Cup may have come and gone but the excitements will never be immediately forgotten.

In fact, the 2019 edition held in France is considered the most successful of all the eight editions held since it’s the first edition.

From the followership of the game to the on-field display; tactical and technical style of play from majority of the teams on display, it showed the game from the female perspective has grown in leaps and bounds.

Despite the controversial display by majority of the referees albeit in relation to the use of the Video Assistant Referee (VAR), the competition shone with record numbers recorded from viewership on television and crowd turnout at match centres with one Million, one hundred and thirty one thousand three hundred and two fans in attendance across all the games.

Although several male competitions were held in between June and July, with the African Cup of Nations, Copa America and CONCACAF Gold Cup all also played during that period of time.

Football fans followed the games in France with rapt attention. Almost every game gave excitement, drama and there was no shortage of goals either, 146 goals in 52 matches an average of 2.81 per match.

The numbers showed that teams are developing, competition becoming stiffer and though the United States of America may have clinched their fourth title in history with a comfortable 2-0 win over the Netherlands, it’s not to say the level of competition was low in the tournament.

Megan Rapinoe and her Stars & Stripes team were the headlines of the tourney but the Dutch women were the models of the development in the women’s game.

The Oranje ladies came into the competition as European Champions, a feat they achieved in the 2017 Uefa Women’s Championships but with countries like Japan, England hosts France and other top female footballing countries not many expected the team which was making just its second appearance at the World Cup to reach the finals with Vivianne Miedema and Lieke Martens propelling the Europeans.

Despite this developments, it’s unfortunate that African teams find it difficult to progress to the latter stages of the competition.

In fact, the gap of quality between top female football teams and African teams is still as wide as used to be. it’s quite inexplicable that perennial African champions, Nigeria lost to France by 8 goals as recent as 2018 while South Africa even though regarded as a fast-rising country in female team lost by 7 goals in a friendly to Norway just before the World Cup.

While big margin scorelines can be a one-off thing and the African teams cannot be mentioned in the same line with Thailand who conceded 13 against the Champions.

The big question now is why are Nigeria and other African teams stagnant in the development of the women’s game?

A lot of complex but interwoven factors contribute to this, the biggest of which is poor administration.

African football federations poorly manage the male team, oftentimes there are cases of corruption, none payment of bonuses and lack of preparation towards tournaments.

This is also the same with female teams albeit it’s worse with little to nothing done to fulfil promises made.

Another perspective to administration is the lack of proper and functional female football leagues, the structure of female football competition, and the exposure in Africa is nothing to write home.

While across Europe, female teams have their own leagues and have the female version of the Uefa Champions League while majority of African countries do not even have a Women’s League.

Nigeria, Ghana, Equatorial Guinea, Ivory Coast, Cameroon and South Africa have represented Africa on the World scene, only Nigeria has a league which is even run in an inconsistent manner while South Africa are just on the verge of kick-starting its own female league, the less said about the rest the better.

These names are a testament to the immense talent that abounds in African teams. Perhaps the society needs to change its outlook towards female football and footballers, many parents would frown at the idea of their female children taking a career in sports nevertheless football.

Asisat Oshoala and Francisca Ordega have previously mentioned how their parents tried to to stop them from playing the game in the past.

From the Nigerian perspective, it’s a shame that the Super falcons, despite having 8 World Cup appearances just like USA, Japan, Norway, Brazil, Sweden and Germany, are the only team of all 7, not to have featured at the semi-finals of the World Cup.

A model team looked up too by others have become ordinary and average, living on past glories and if care is not taken the next big step into the next realm of female football would not be taken while other are sprinting far beyond reach.

While having a consistent league is not a guarantee to a World Cup trophy but at least the quality and competition on a better pedestal will help unearth potential stars.

Administrators should do better to organize and create publicity for the women teams.

Proper arrangements and plans should be done for them before their various tournament. But for now, African countries have not done enough in terms of female football.