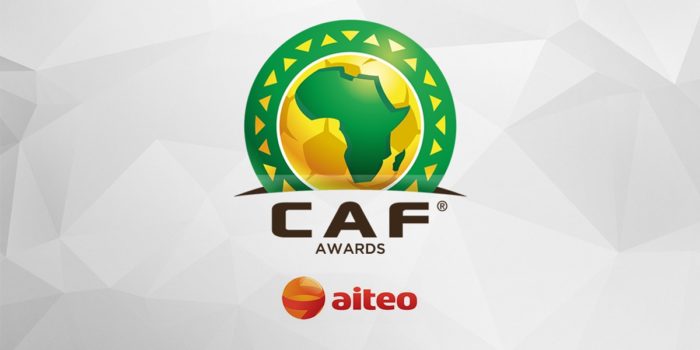 The Awards is an annual ritual to honour African footballers and match officials who have performed excellently in various departments of the beautiful game and more so making a great contribution to the development of African football.

The award which goes as far back to 1992 when the best African Footballer of the Year was recognized, has extended to different categories with the inclusion of female footballers for their tremendous commitment to the game.

Progressively getting a charge out of extraordinary ubiquity past the shores of Africa, CAF Awards is presented to players based on unadulterated merit for their commitment and contribution towards the promotion and development of the continent’s football.

Issa Hayatou & Sepp Blatter presenting the CAF Award to Kanu In 1999, and he remains the last Nigerian player to win it

The tales of the gong can’t be narrated without mentioning the names of Nigeria players that had won it in the past, but then the last time a Nigerian won was in 1999, the only thing the Nigerian football enthusiast could take solace in is that a Nigeria player managed to get to the podium.

Since then, the crown has been a thing of the past, due to their below-par performances for clubs and country, and critically the chances of being nominated continued to nosedive.

However, with the golden generation of Nigerian players all on the radar, as it stands now the country’s football fans surely have something to look forward to, as we are gradually going to witness a brighter future when it’s comes to winning the most coveted gong.

READ ALSO: CAF Goofed, The African Youth Player Of The Year Should Have Been One Of the Nigerian Sensations

It’s being  20-year since a Nigerian won the most coveted crown for Africa best in the male category, however, we’ve seen some young Nigerian players winning the “CAF Most Promising Talent of the Year” recently, but they haven’t been able to natch the bigger price which is Best African player of the year.

However, with the flocks of talents in the Super Eagles, the chances of winning it looks imminent, with their current form and performance for both clubs and country.

Meanwhile, the future is bright and below we list out 3 Players who can break Nigeria’s 20 years of dry spell and put the nation’s name on the continent once again.

Osimhem won the 2015 Youth Player of the Year Award not by chance or favoritism but by merit, he was the record-breaking goal king at the U17 World Cup in Chile with 10 goals. He upstaged Mali U20 star Adama Traore, who was the MVP of the 2015 FIFA U20 World Cup in New Zealand.

Pretty much have scaled up and down his career but presently the Nigeria and Lille forward is definitely one of many Nigerian players that has a bright future ahead of him and currently in good form.

Since he puts pen to paper with the Ligue 1 side, Osimhen has been firing from all cylinders, and if he continues with this kind of form and performance we might get to witness those glorious years in Nigeria football once again, however before then a lot of works needs to be done with his consistency.

The young Villareal forward is another talented player that might change the course of the CAF award with the way and manner he started his career, which looks very bright.

Chuckwueze has shown the football world his electrifying skills at the 2019 AFCON in Egypt, and with the sheer manner, he took the Spanish League with breathtaking displays. Nor forgetting that he finished 9th position in the voting for the 2019 Ballon d’Or award for the best U21 player.

However, we could only hope the young lad continues with this blistering form, dedicated and keeps growing organically for him to be one day nominated and probably go ahead to win the award

The Leicester City combative midfielder has always been one of African’s best midfielders in over 3 years now and one of the best holding midfielders in the Premier League.

The 22-year-old has been a consistent performer for the Foxes since his arrival at the King Power Stadium in 2017  to fill the vacant boot left by N’Golo Kante, who left for Chelsea. The 23-year old is currently ranked as the best tackler in the EPL with 61 tackles and has the most ball recovery this season (37).

However, despite his superb form with the Foxes he hasn’t being able to get close to the podium.

Nevertheless, if he continues with his form and replicates it with the National team then we should be looking forward to seeing another Nigeria player winning the covetous CAF Award, but then he must be dedicated, stay out of injuries if possible, and critically keep playing in the top flight.