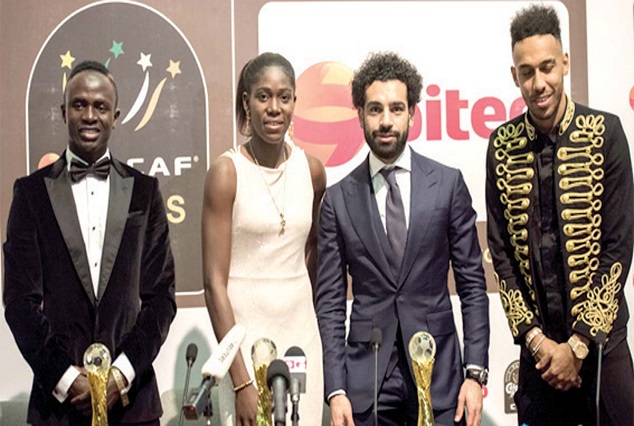 A number of ‘firsts’ were established for the event before kick –off, and the turn –out of Africa’s elite in politics, business, football and entertainment raised the stock of the showpiece, and when CAF President Ahmad described it as “the best African Football Awards in history,” there was not a single dissenting voice.

Ahead of the day, legends and coaches of African football flew into Accra from all directions – it was the first time in the history of the Awards that all past winners were invited, alongside a coterie of former superstars, including Mohamed Timoumi and Lakhdar Belloumi. Nigeria’s Victor Ikpeba and Emmanuel Amuneke (who presented the Coach of the Year award) were in the mix.

For the first time ever, football fans and the general public were presented with the opportunity to have a say in the selection process for the African Player of the Year and Africa’s Finest XI.

Presidents of CAF’s member associations, a strong team from the Nigeria Football Federation, the heavy presence of the Ghana Football Association hierarchy and an elite team from the Lagos State Government were complemented by legends and stars of the African game, CAF secretariat, members of the diplomatic corps, leading artists and other football stakeholders.

Two –time winner of the Africa Player of the Year and one of the best to have come out of Africa, Didier Drogba compered alongside South Africa diva Carol Tshabalala.

NFF President Pinnick told thenff.com at the end: “This has been a very exciting and colorful night. It has been worthwhile. Everyone, from CAF to Aiteo, is happy about the turn –out of the very first Awards that both are involved together and the NFF is also happy.”

Lagos State Governor Ambode said: “We are very happy with what Aiteo as an institution is doing for Nigerian Football, and that is why we are here to support them, to support the NFF and to support CAF. This has been a spectacular event and it is good for the image of Nigeria.”

READ ALSO: Optimism For Nigerian Football Fans in 2018 After A Mixed 2017 Footballing Year

AITEO Group, Nigeria’s leading energy solution company and Official Optimum Partner of the Nigeria Football Federation, signed a contract with the Confederation of African Football in Lagos in October 2017 and bankrolled the event for the first time.

As expected, Egypt and Liverpool ace Mohamed Salah took the gong for the men’s title (ahead of Senegal’s Sadio Mane and Gabon’s Pierre-Emerick Aubameyang) while Nigeria’s Asisat Oshoala took the women’s crown. However, Super Eagles’ coach Gernot Rohr lost the Coach of the Year crown to Hector Cuper (Coach of Egypt), and Egypt’s Pharaohs (runner-up of the AFCON and returning to the FIFA World Cup after 28 years) took the National Team of the Year ahead of the Super Eagles. Nigeria’s Junior Ajayi made Africa’s Finest XI.