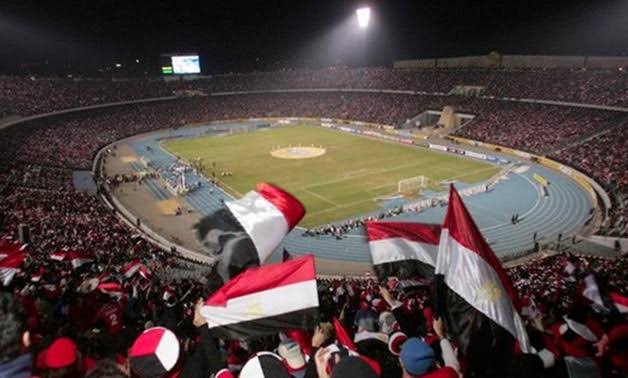 The 2019 Total AFCON will be held in Egypt from the 21st of June till July 18 and will be 32nd edition of the competition. Originally it was scheduled for Cameroon but was awarded to the North Africans after the Central African nation couldn’t meet up with the preparations.

However, despite the increase in the number of participating countries, there will only be six stadia in four cities to host the games across Egypt and we take a look at how they look like and which big matches will be holding there.

The Cairo stadium, one of Egypt’s most symbolic stadiums will be host to Africa cup of nations games once again after it hosted during the 2006 AFCON held in the country.

Previously the stadium could hold up to 120,000 spectators before it was decreased to 75,000 to meet CAF standards. The stadium will host 5 Group A games including the curtain raiser between Zimbabwe and Egypt on June 21st as well as the final game of the competition

With Egypt playing all their Group A games in the Stadium, four knockout matches as well as the final, it wouldn’t be a bad idea to book an hotel near the stadium in order to grab and not miss the biggest matches the competition will offer.

The stadium opened in 2012, will host Group C games, Five out of six group C matches and as well group A’s final game between Zimbabwe and DR Congo.

The stadium was involved in a crowd stampede in 2012 in an Egyptian league game will also be the venue of three knock out games.

Group C game between Senegal and Algeria on the 27th of June is one big game to watch out for.

Group D which include Morocco, Namibia, Ivory Coast and South Africa, considered as the competition’s group of Death will have most of it’s games played in the Al Salam Stadium which is owned by the Egyptian Military.

The stadium is one of the six which hosted the FIFA under 20 world cup ten years ago will also host matches from Group B; Burundi v Guinea and group C match between Algeria and Tanzania, one Quarter final clash and the third place play off.

This is a venue with potentially exciting games, with matches involving Ivory coast and Morocco

The stadium hosted some of the matches at the FIFA U20 World Cup in 2009 and will be one of the venues of the 2019 AFCON. Angola, Mauritania, Mali and Tunisia will have their group games at the venue.

Also, two knockout stage matches; a quarter finals and a round of 16 match will be played in the Stadium also known as the SUEZ stadium.

Here is the venue which concerns majority of Nigerian football fans as the Super Eagles alongside their group B opponents will slug it out on the natural grass turf of the Alexandria Stadium.

The stadium was also a host to the 2006 Africa Cup of Nations games and was opened in 1929 becoming Africa’s first and oldest stadium. Two knockout stage matches will also hold there

Ismaily’s traditional home is not a stranger to international competition having hosted FIFA U20 World Cup matches as well as CAF Confederations and Champions league matches.