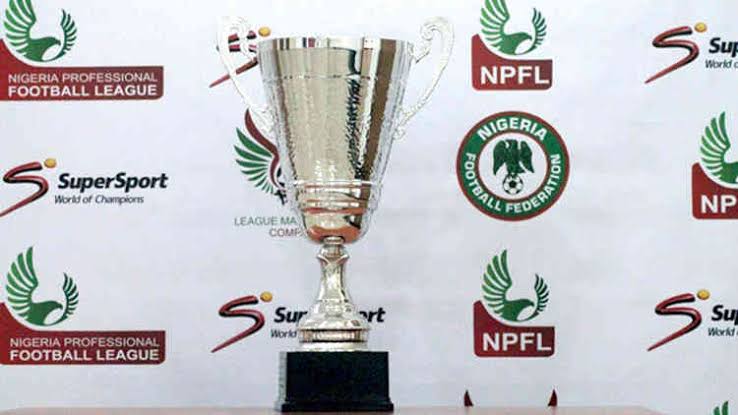 Nigeria’s elite League playoffs kicked off at the Soccer Temple Agege as all six teams started their bid to secure CAF club competition places and most importantly the NPFL trophy.

The most anticipated game of match day one started as a cagey affair with both sides trying each other out for size majorly in the midfield, but as the game wore on, Enyimba became the more efficient team troubling the Rangers defense with Ikechukwu Ibenegbu, Thomas Zenke and Ibrahim Mustapha all causing all sorts of problem in the first fifteen minutes of the game.

The game spurned into life in the 22nd minutes, when Enyimba thought they had a penalty after Ibenegbu was brought down in the Rangers box but the referee rather showed the Enyimba midfielder a yellow card for simulation.

Minutes before halftime, the people’s elephant went a bit closer with Ibenegbu hitting the cross bar from a close range free kick before Rangers Goalkeeper Nana Bonsu pushed the rebound out for a corner which was wasted subsequently.

The second half was more productive for Enyimba despite Rangers stepping up their game and in the 49th minute, Joseph Osadiaye placed the ball in the bottom right corner after a chip into his path by Ibrahim Mustapha.

With the game running to an end, Rangers threw everything they had at the Enyimba defense but failed to create a clear cut chance in a lacklusture display.

Both teams will now return to action on Thursday June 6 with Rangers battling Lobi by 5pm and Enyimba facing Kano Pillars by 7pm.

The second game of the day started in an interesting fashion as Pillars took the lead just 3 minutes into the game as Ebuka David pounced after Akwa United failed to clear a cross which came into the box from across.

In the 20th minute Pillars came close to doubling the lead but Olorunleke Ojo pushed Rabiu Ali’s well taken free-kick away and ten minutes later United restored the parity through a well-placed header from Ndifreke Effiong after an inch-perfect cross from Wilson Elu.

The blitz of goals continued with Nyima Nwangwa restoring the lead for the Northerners only to give it up four minutes later in the same fashion as the first this time, early substitute, Mfon Udoh put in a cross which was headed into the bottom as the first half drew to a close.

The second half started with end to end action with Mfon Udoh putting a one on one chance wide in the 52nd minutes, Kano Pillars almost got the winner in the 80th minutes only to be denied by a double save by Akwa United goalkeeper, Olorunleke Ojo.

The game ended in dramatic fashion as Kano Pillars were reduced to ten men after a red card to Ifeanyi Nweke with four minutes left and despite another additional four added minutes, it was not enough to produce a winner on the night. It ended 2-2 final score.

The final game of the night started with an early goal as Samad Kadiri scored the first of his brace after just two minutes striking from close range. From there on it was a cagey affair until the 39th minute when Tega Ebetomame scored for Ifeanyi Ubah to restore parity just before the break.

The second half started on a bright note for Lobi with Samuel Mathias hitting the bar from a long Range free kick and five minutes later he tried his luck shooting high and wide from distance.

However, the markurdi based side got a reward for their persistence in the 60th minutes as Samad Kadiri scored his second after his strike partner Sikiru Alimi headed into his path in the box hitting a second bite of the cherry after his initial effort hit the foot of the post, to tuck into an empty.

The best goal of the day was saved for the last as Sikiru Alimi hit a sumptuous overhead kick to extend Lobi’s lead and give the defending Champions a good start to the Championship play-offs. 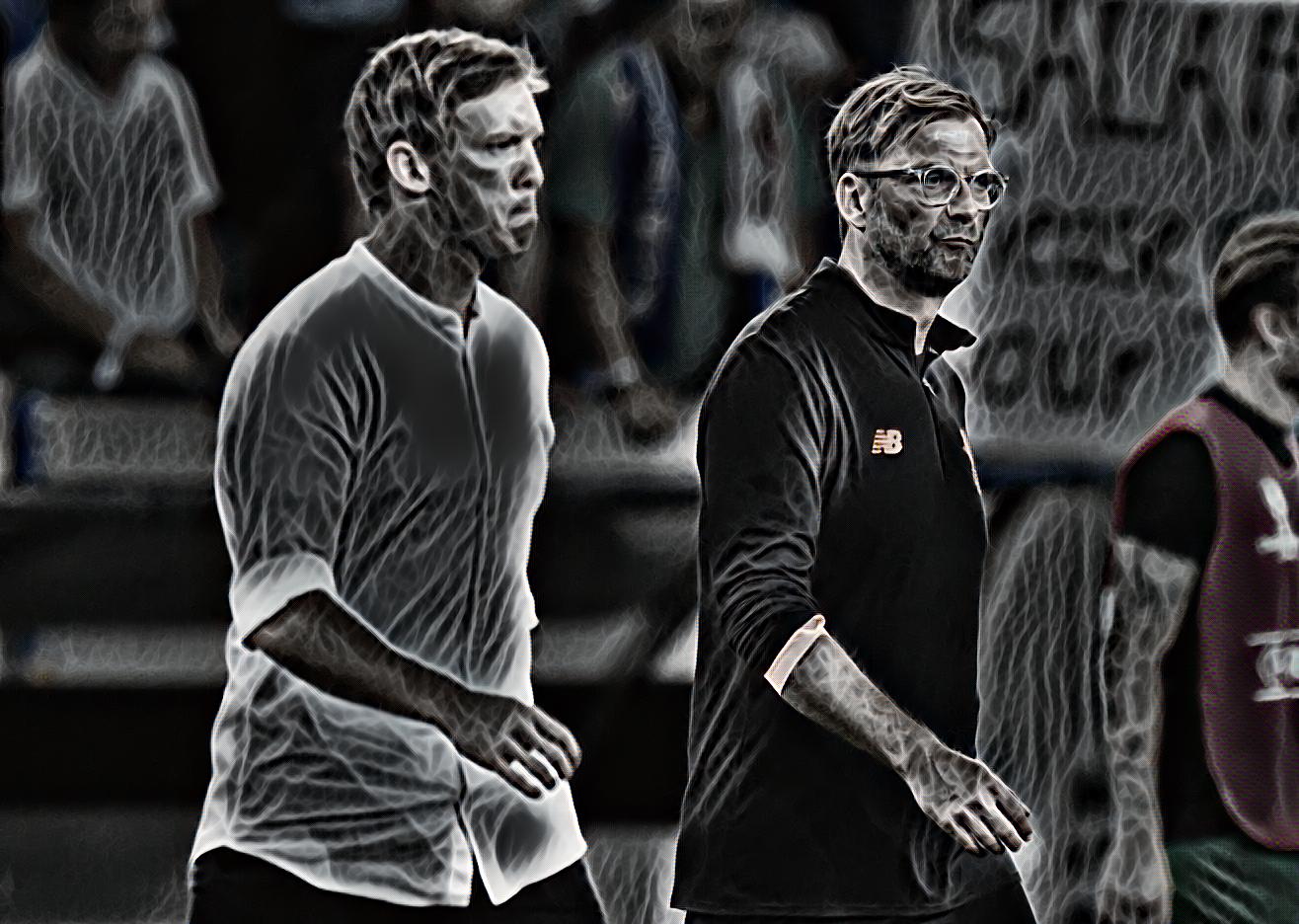 Hansi Flick awesome reign with the Bavarian giant is gradually winding down, as it’s looking likely that he may not further manage the Die Roten next season.

Bayern Munich’s quest to win the Champions League consecutively came to end on Tuesday night, via the UEFA’s away goal rules having lost the first leg at home to Paris Saint Germain in the quarter-finals despite being the better side at home.

The Bavarian giant will now focus on league duty and they’re no doubt the team in pole position to win the Bundesliga, as the 2020-21 campaign is gradually coasting home with fewer games left to be played. In that regard, there is a great need for Die Roten to start preparing for next season administration and coaching wise.

The friction relationship between Hansi Flick and the Sports Director has broken down to such as extent that the manager has decided to terminate his current contract.

Hansi Flick sent shock waves through German football on Saturday after a 3-2 win over Wolfburg which keeps the Bavarian in pole position to retain the league title. Hansi Flick issued a statement about his decision to exit when the current campaign draws to a close.

“I told the team today that I informed the club during the week, after the game in Paris, I would like to terminate my contract at the end of the season.

“It was important to me that the team learn this from me because there was already a lot of hallway rumours going around.

“We’ve done a great job together for almost two years. I’m absolutely impressed with this team, their quality and their attitude.”

He added: “I also want to thank the club that gave me the chance to manage this incredible team.

“This decision was not easy for me. I’m a fan of this club. Gerd Müller, Paul Breitner, Karl-Heinz Rummenigge all were childhood idols for me.

“I’m eternally grateful to the club for the chance they gave me to become head coach here.”

It’s quite evident that a new manager would be appointed to pave way for a new rebuild of the team especially with the looming departure of David Alaba, Jerome Boateng, and Javi Martinez.

It could be argued that Nagelsmann is the tailor-made manager to take over the reins at the Allianz Arena, and there is no doubt RB Leipzig manager would certainly harbour the dream of managing one of the biggest clubs in Europe.

Nagelsmann is presently focusing on the job at hand with RB Leipzig, plus the fact that he’s still under contract with his employers until the end of the 2022-23 season.

With RB Leipzig and Nagelsmann flying high in the Bundesliga in terms of team performances, with next season European football spot already secured, the club’s Executive Director Oliver Mintzlaff may consider letting him leave to join their rival.

However, it’s left to be seen how things would shape up at the end of the campaign.

The relationship the German tactician has achieved thus far with Liverpool started in 2015 when he joined the Kop from Borussia Dortmund, since then he has achieved quite an incredible success with the Reds winning their first league title after thirty years and a Champions League triumph.

Liverpool were eliminated early in both domestic cup competitions and failed to progress past the quarter-finals of the Champions League, and it’s quite impossible to say that the Kop will defend their title with their current epileptic form in the Premier League especially when it’s looking done and dusted that the cityzen would clinch the title.

Having used close to six years with Liverpool since he joined the Anfield side, this could be the perfect time for the former Borussia Dortmund manager to take up a new challenge. However, despite Liverpool’s unpalatable 2020-21 campaign, the German has often reiterated that he is in no way finished at Liverpool, despite been link to the Bayern Munich and Die Mannschaft managerial position.

Given his incredible success with BVB, it’s quite evident that he would one day go on to manage either Die Roten or Die Mannschaft. Should Bayern secure the service of Klopp, he would certainly be the right and wise choice for the Bavarian giant.

At the end of the campaign, there would be a breath of fresh air in the Bavarian giant camp, with the new CEO Oliver Kahn taking the mantle of leadership from Karl-Heinz Rummenigge. In that sense, it’s left to be seen if the incoming leader would sanction the appointment of a new manager or stick with Hansi Flick. Only time would tell.